You are here: Home › Places › Westenhanger 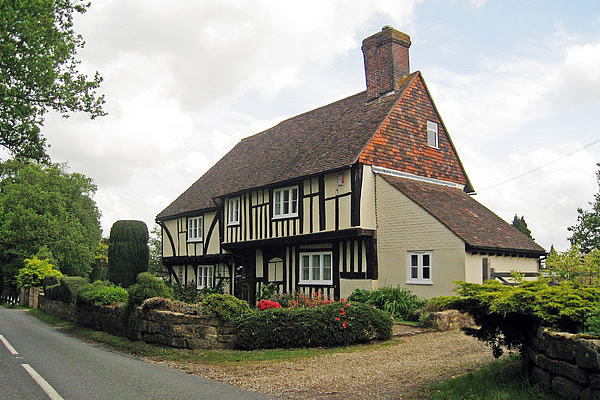 Along Maidstone Road lies a fine example of an early 16th Century timber framed Wealden Hall House, quite likely once a pair of houses, with an adjacent oast house. All the original exterior woodwork of the house is well preserved, including the Tudor doorways.

Wealden Hall Houses were timber framed farmhouses built by wealthy Yeoman farmers from the late 1300’s to the mid 1500’s (late Mediaeval to Tudor times). Originating here in the Weald of Kent and also Sussex. The buildings can be identified by their distinct front jettied first floor end bays