You are here: Home › Places › Grovehurst 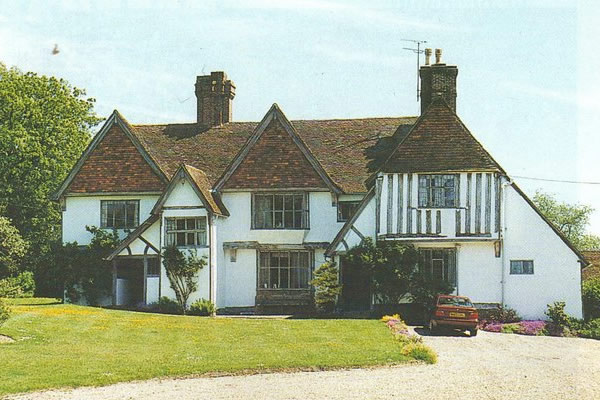 Located along Grovehurst Lane is Grovehurst, which was used as a residence, office and warehouse when Kentish Broadcloth Link was being made here. Francis Austen purchased Grovehurst in the 17th Century from descendants of the first rector Henry de Grofhurst, who took his surname from it.

The original house was adapted to the making of Kentish ‘broad cloth’ in addition to farming. The house has three large gables and a smaller gable head. On the latter are the initials J.A. and the date 1645, referring to John Austen.

It is said that Grovehurst’s cellars, and secret passages leading from them, were used for contraband by the Hawkhurst Gang Link. The ‘Grovehurst’ name is probably derived from that of Henry de Grofhurst who, in the 14th century, was Rector of Horsmonden for fifty years and built the parish church, St Margaret’s in Horsmonden.