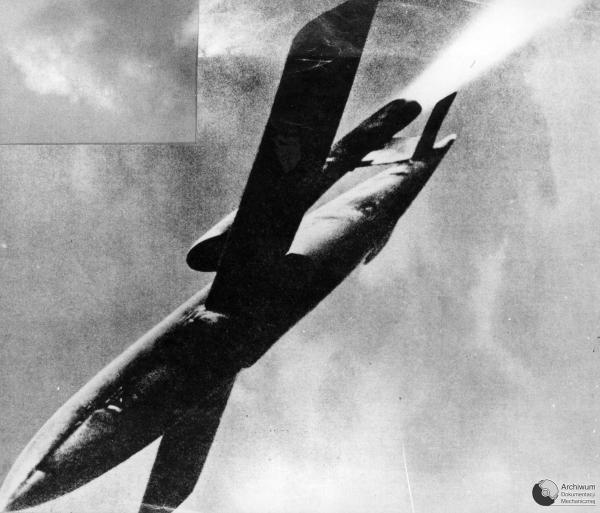 The terror weapon of the Germans in Second World War

Horsmonden had at least on V-1 Fying Bomb or ‘Doodlebug’ land in the village and many must have flown over. In 1944, one of them landed in north east side of St. Margaret’s churchyard destroying all the stained windows on that side.

The technically it was a jet-powered cruise missile developed by the Luftwaffe.

V-1s were launched from ‘ski’ launch sites along the French (Pas-de-Calais) and Dutch coasts until the sites were overrun by Allied forces.

The underground V-1 storage depots and launch sites were bombed during Operation Crossbow.