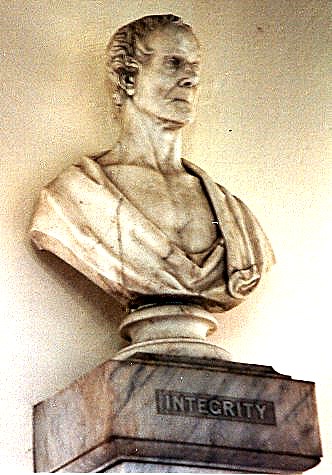 Inventor of the stomach pump

John Read is best known as the inventor of the stomach pump and was from Horsmonden. The stomach pump was patented by John Read (1760-1847) who also gave his name to a brass enema syringe.

His obituary in The Gentleman's Magazine 1847 reads as follows: Mr. John Read. May 3. Aged 86, Mr. John Read, of Regent-circus, Piccadilly, inventor of the stomach pump, and other valuable patented inventions for medical and agricultural purposes.

Mr. Read was the son of a small farmer at Ticehurst in Kent, and at an early age went to Horsmonden, in the service of the Rev. Smith-Marriott, where his talents were first displayed in ornamental gardening, and his improved plans of oast building were carried out with such success, that they have been adopted in all hop districts. Here he also turned his attention to draining land, by means of hollow cylindrical tiles, and to the construction of pumps, and various other hydraulic instruments, until he invented the stomach pump; which on its first trial, now about twenty years ago, obtained the unqualified approval of the heads of the medical profession, and is now used throughout the civilised world.