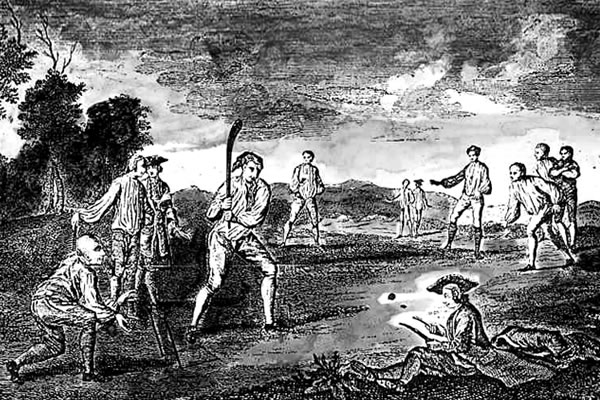 John Mills (dates of birth and death unknown) was a noted English cricketer of the mid-18th century who played for Kent. He was referred to in the sources as the famous Kent bowler. He is known to have been a gamekeeper and he came from Horsmonden, where he played for the local cricket club.

John Mills is first mentioned as a member of the Kent team that played against All-England in the famous match at the Artillery Ground on 18 June 1744 which became the first entry in Scores & Biographies. His brother, whose first name is unknown, also played.

Mills was selected to take part in a major “threes” contest at the Artillery Ground on 17 September 1744 along with Robert Colchin, Val Romney, John Bryant, Richard Newland and Joseph Harris. The stake was two hundred guineas and the players involved were stated to be the best in England. Unfortunately, Mills could not play due to injury and this is the last mention of him.

The earliest known codification of the Laws of Cricket was written by the noblemen and gentlemen of the London Cricket Club which played at the Artillery Ground.

Several great matches took place, particularly the challenge by Kent to take on “All-England” at the Artillery Ground on Monday 18 June. Kent won a dramatic contest by a single wicket despite needing several runs to win when their last pair came together.

The match is particularly important because a full scorecard was kept for the first time and this match became the first entry in Arthur Haygarth’s Scores & Biographies.

It shows an 18th Century game of cricket at the Artillery Ground in Finsbury. A copper engraving by Benoist after the original painting by Francis Hayman RA (1708-1776) ‘Cricket on the Artillery Ground, Finsbury’ first published in 1743, The wicketkeeper is said to be William Hogarth, who was a close personal friend of the artist.

The wicket consists of two stumps with a bail balanced across them. The cricket bat is more of a curved club. The scorer sits in the foreground keeping score by cutting notches in a stick. The first major cricket match for which a full score survives was played on this ground between Kent and All England in 1744.

Mon 17 September.
A big game between two threes at the Artillery Ground. Billed as Long Robin’s Side v Richard Newland’s Side, the teams were Robert Colchin (Bromley), Val Romney (Sevenoaks) and John Bryant (Addington) against Richard Newland (Slindon), Edward Aburrow senior (Slindon) and Joseph Harris (Addington). Aburrow replaced John Mills of Horsmonden, the “famous Kent bowler” who was originally chosen. The stake was two hundred guineas and the players involved were stated to be the “best in England”. Once again, despite this being a major fixture, the outcome is unknown. (ASW)

Leading bowlers 1744
The other noted Kent bowler taking part was John Mills of Horsmonden. We do not know his exact tally as his brother may have taken some wickets. The same is true of the Harrises and Newlands who bowled for All-England. All we know is that seven wickets each were taken by players called Mills, Harris and Newland.

The Artillery Ground in Finsbury is one of London’s most centrally located cricket grounds, situated just off the City Road immediately north of the City of London. It has belonged to the Honourable Artillery Company (HAC) since 1638 and is nowadays surrounded by the Company’s headquarters and numerous office buildings.
It is best known as an historic cricket venue and the home of the original London Cricket Club.

For many years before the creation of the Hambledon Club in the 1760s, the Artillery Ground was the featured venue of all London cricket. It eventually fell into disrepute because of uncontrolled gambling and ceased to be used for major cricket, the last known match taking place in 1778 some years after the London Club had disbanded.

If you any more about John Mills or are researching him please contact us.