You are here: Home › History › Horsmonden Furnace › Types of Cannon

There are many different types of cannon, some cast at Horsmonden and some not. We will develop this reference guide as information becomes available. 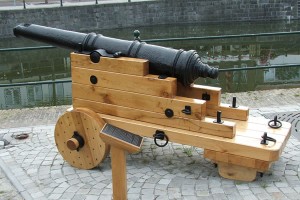 The Minion (from the French word for small) was the name of cannon of a type of small cannon used during the Tudor period and into the late 17th century. The Minion was of a small bore typically 3″ and fired a 5 pound cannon ball. It saw action in the English Civil War as an antipersonnel weapon and was known as a Minion Drake.

The minion shown above is made by Thomas Johnson in Horsmonden and was excavated in Sluis, a former harbour on the Flemish-Dutch coast. Read about the Horsmonden Minion… 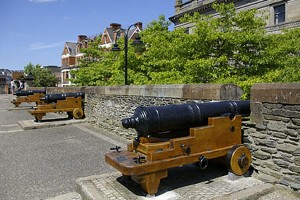 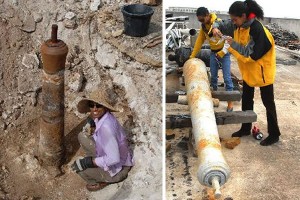 The demi-culverin was a medium cannon similar to but slightly larger than a Saker and smaller than a regular Culverin developed in the early 17th century. Barrels of demi-culverins were typically about 11′ long, had a calibre of 4″ and could weigh up to 3,400 pounds. It required 6 pounds of black powder to fire an 8 pound round shot (though there were heavier variants firing 9 or 10 pound round shot). The demi-culverin had an effective range of 1,800 feet.

Demi-culverins were valued by generals for their range, accuracy and effectiveness. They were often used in sieges for wall and building demolition.

Read about the Horsmonden made Londonderry Demi-Culverins…

Read about the Horsmonden made Demi-Culverin Drake found in Bermuda… 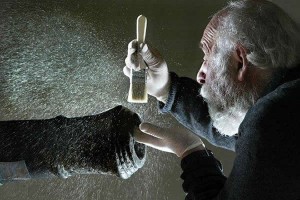 John Browne developed a type of cannon known as ‘The Drake’ in the 1620s. This cannon was much lighter than previous cannons firing a similar weight of shot, thus enabling ships to be more heavily armed. Shown above is a cannon made by John Browne was recovered from the wreck of HMS Swan a 200 long tons (200 t) Cromwellian warship lost in a storm off the Isle of Mull in 1653 whilst attacking Duart Castle. This cannon weighed 3cwt, 2qtrs, 23lbs (415 pounds) and had a 3½” muzzle. It fired shot weighing 4 pounds. HMS Swan was the last ship built for Charles I, its guns were all cast in iron. Read about the Horsmonden Drake…

A culverin was a relatively simple ancestor of the musket, and later a medieval cannon, adapted for use by the French in the 15th century, and later adapted for naval use by the English in the late 16th century. The culverin was used to bombard targets from a distance. The weapon had a relatively long barrel and a light construction. The culverin fired solid round shot projectiles with a high muzzle velocity, producing a relatively long range and flat trajectory. Round shot refers to the classic solid spherical cannonball.