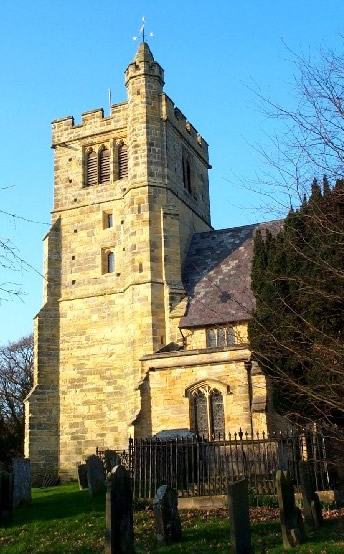 Building commenced on St. Margaret's church in about 1260. It stands two miles from the village centre. There have been many theories as to why this should be the most popular being that the inhabitants of an earlier village were struck by plague and the new village sprang up on its present site away from the pestilence.

{mosimage}{mosimage}There is no documentary record of plague taking any great toll in the area nor is there any archaeological evidence for the existence of an earlier village.

It is most likely that St Margaret's was built where it is as it stands in the manor of Spelmonden, the largest manor in the area at the time. There has been a church in Horsmonden for a very long time, on the present site since 1100, and pre-conquest there must have been a chapel at Capel Cross, from which the area took its name.

The story of St Margaret's really starts with the first rector, Henry de Grovehurst, who served from 1311 to 1361. There is a magnificent brass of him, believed to have been engraved in his lifetime, over his grave in the church and it gives a wonderful portrait of a medieval cleric in full vestments.

St. Margaret's church – click image if you wish to buy a print

The walnut tree outside St. Margaret's in 1901 – click image if you wish to buy a print.